The Most Populous Place on Earth

Believe the photo above? Very crowded wave pool is located at Tokyo Summerland. During the summer, it can be very difficult to actually find water in the pool.

The most dense area in the world (Mongkok, China)

According to Guinness World Records, Mongkok area has the highest population density anywhere on Earth, with the estimated 130 000 people per square kilometer. Mongkok is an area / commercial housing located in central Kowloon. Chinese characters for Mongkok ("旺角") means "busy corner" and this also is not excessive.

Maracanã stadium, officially known as Estádio Mário Filho Jornalista in Rio de Janeiro, Brazil, opened in 1950 to host the FIFA World Cup. world record attendance in the game of football: the official number is 199 854 viewers, with actual attendance estimated around 210,000.

Most populous street in the world (Shibuya, Tokyo, Japan) 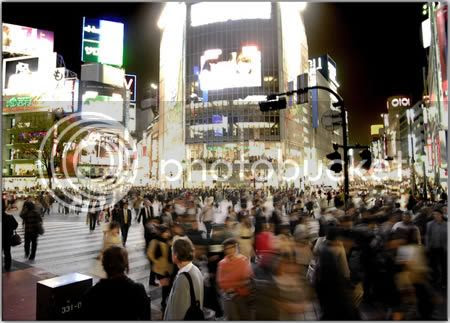 With 2.5 million people per day, no doubt Shibuya Tokyo is the world's busiest intersections. No matter how you go, always busy intersection. In the daytime, at night, at dusk - the number of people are always consistent. It must be very interesting when the green light will light up and you see thousands of moves in your direction.